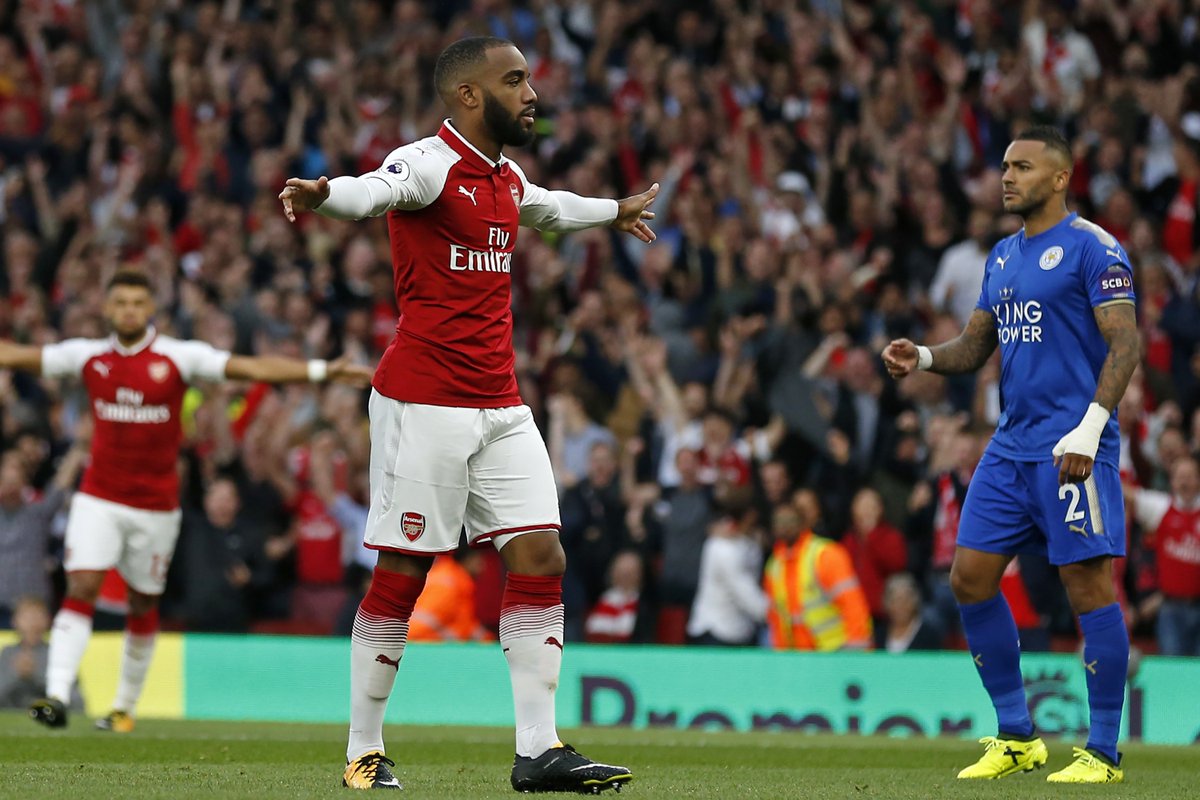 Alexandre Lacazette has taken to Twitter to show his delight following a memorable Premier League debut for the Gunners on Friday.

The 26-year-old finally completed his move to Arsenal from Olympique Lyonnais last month, bringing an end to a very long period of speculation.

Lacazette received rave reviews for his display at Wembley last weekend as he came remarkably close to scoring against Chelsea in the Community Shield.

The France international did not take too long to score in his first Premier League game for Arsenal as he headed home a cross from Mohamed Elneny only a minute after the kick-off against Leicester City.

It was certainly a day to remember for the striker, especially after his side managed to score two late goals to secure a 4-3 victory.