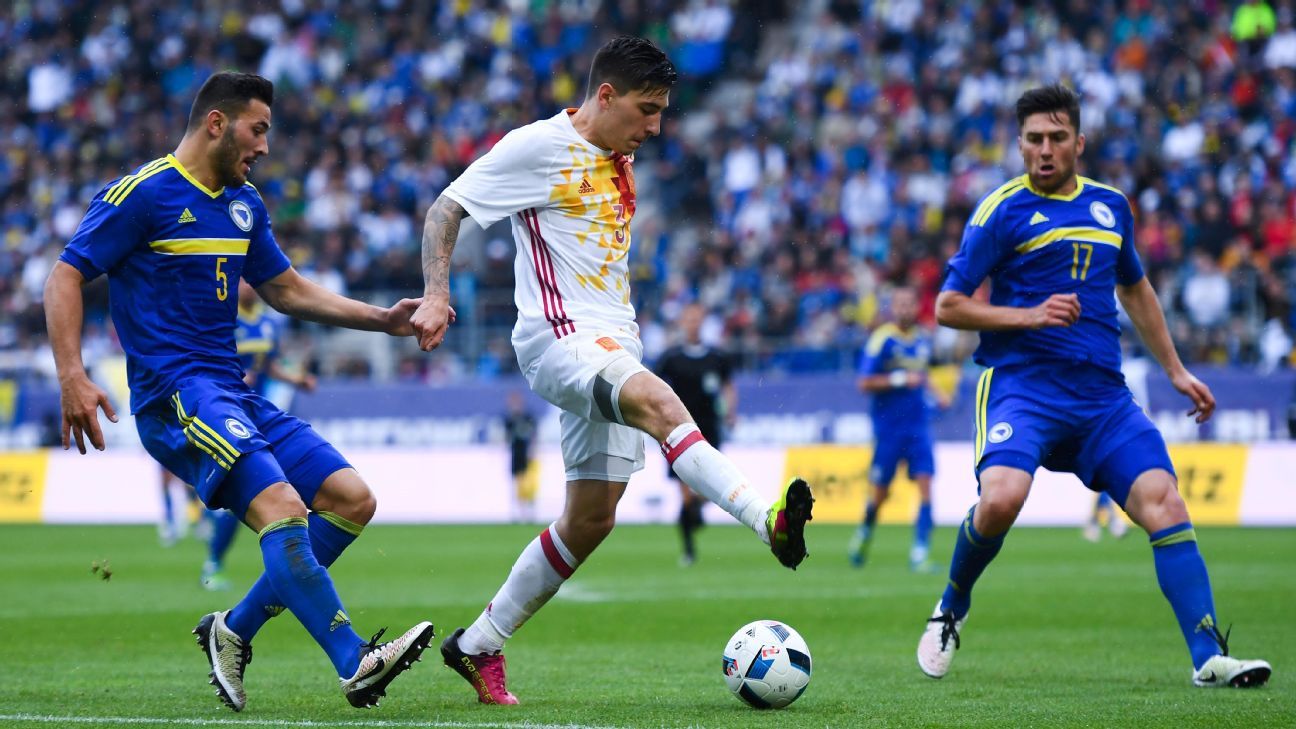 Arsenal full-back Hector Bellerin has reiterated his desire to remain at the Emirates stadium next season.

Despite signing a new long-term contract recently, the 22-year-old has been linked with a departure this summer.

Bellerin, who currently earns £100,000-a-week in wages, is still being deemed as a target for his former club Barcelona who are reportedly keen on bringing him back to the Camp Nou.

However, when asked about what his plans are following Spain’s Under-21 team’s defeat to Germany on Friday, the Spaniard confirmed he would remain committed to the Gunners.

“I have a contract over there [in London], I have to report back at Arsenal.” Bellerin said