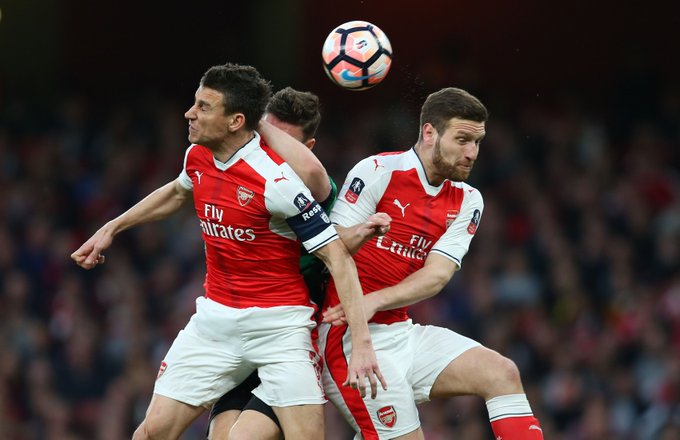 BBC journalist David Ornstein has revealed the state of Arsenal’s lack of centre-back options heading into the FA Cup final.

The Gunners have once again been troubled by injury problems for much of the 2016/17 season.

And following the sending off of Laurent Koscielny on Sunday, Gabriel was also withdrawn from the game with what looked to be a severe injury.

That saw Per Mertesacker make a very rare appearance this season, and the German might have to start in the FA Cup final as well.

According to Ornstein, that is because Shkodran Mustafi, who was not in action against Everton, is struggling to recover.