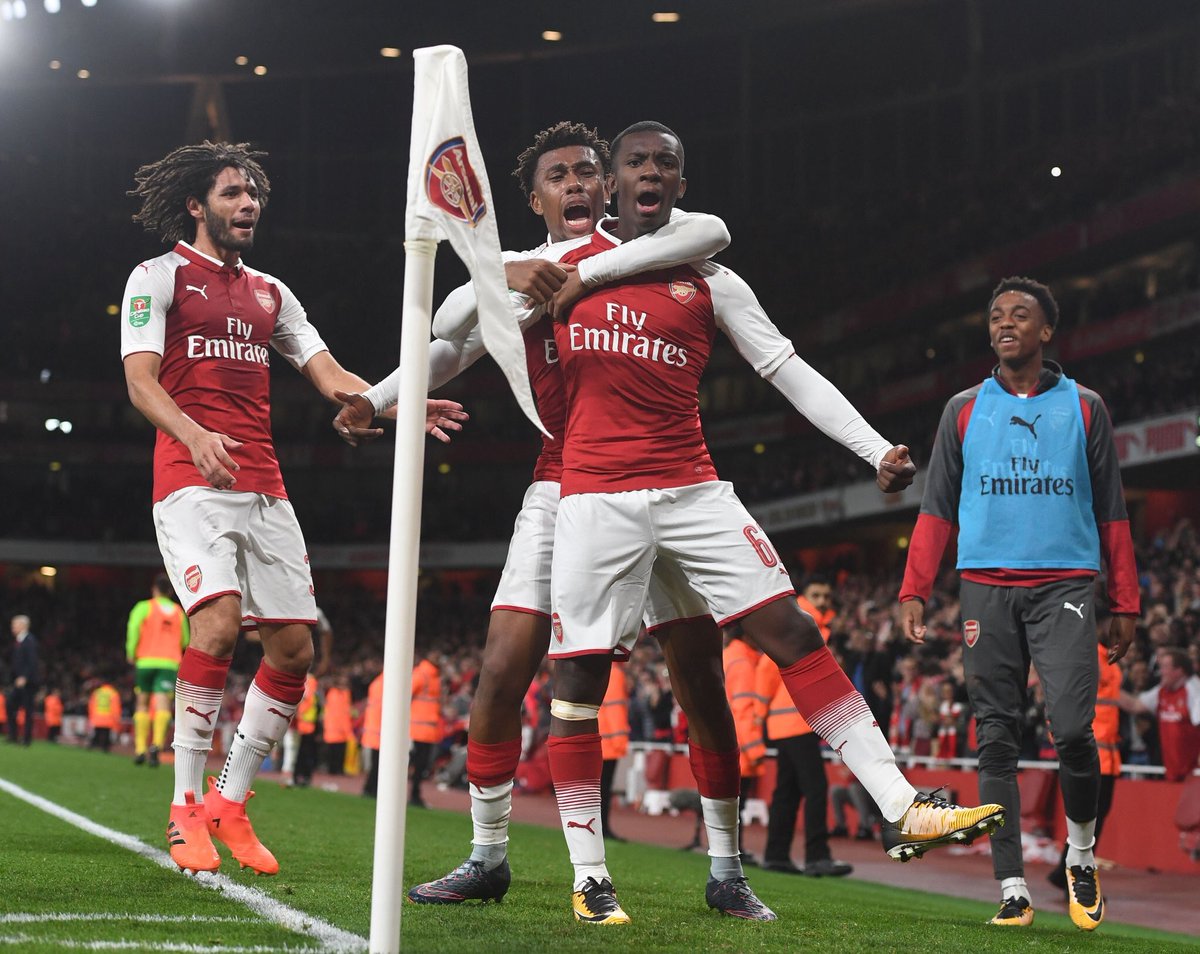 Eddie Nketiah took to Twitter to show his delight after enjoying a memorable night against Norwich City on Tuesday.

The 18-year-old was occasionally handed an opportunity to impress during the summer’s pre-season tour of Australia and Asia.

Nketiah has found playing time for the first team hard to come by so far this season, especially with the likes of Reiss Nelson and Ainsley Maitland-Niles ahead of him.

However, when called upon by Arsene Wenger on Tuesday night, the young forward did more than his manager even expected.

The teenager scored two fine goals to turn the match around for the Gunners who had been frustrated all night by the side from the second division.

And after letting the moment sink in, here was Nketiah’s message to the rest of the club and of course Joe Willock whom he inadvertently pushed away during his celebration after the first goal.

Still dreaming! Thanks to all the fans for the support and haha sorry @Joewillock emotions got the better of me ?❤️