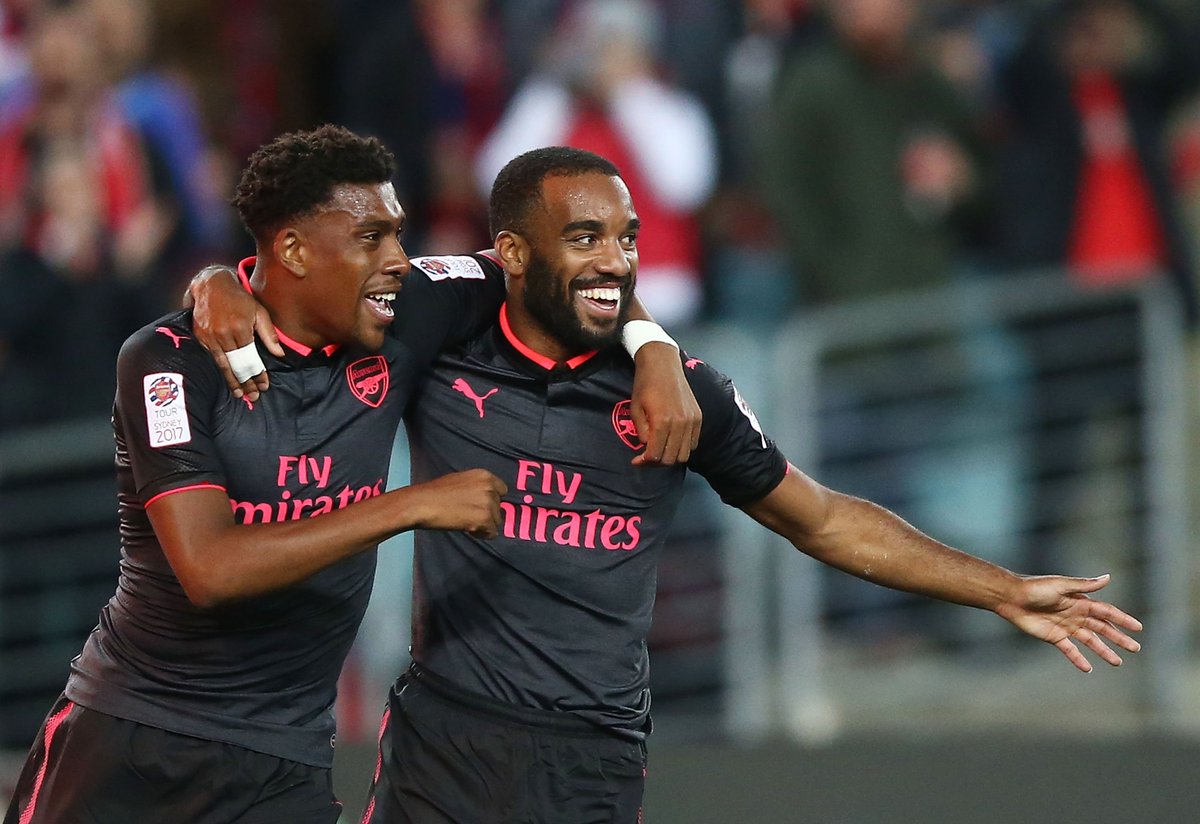 The 26-year-old was announced as Arsene Wenger’s latest signing last week as he moved to north London from Olympique Lyonnais.

Lacazette’s transfer has made him the most expensive signing in the club’s long history, surpassing Mesut Ozil.

The France international has joined his teammates straightaway for the 2017 pre-season tour.

After being introduced in the second-half against Syndney FC, Lacazette scored his first goal for the club in classy fashion on his debut.

And here was how his countryman Griezmann reacted to that moment…