If Alexis Sanchez is living a very miserable life at Arsenal as some are claiming, he is certainly not showing it.

The 28-year-old returned to north London late in preseason after participating in the Confederations Cup with Chile.

However, an abdominal strain – according to Arsene Wenger – denied Sanchez the opportunity to play a part in Arsenal’s opening two games in the Premier League.

The former Barcelona forward has now completed his recovery but rumours over a move to Manchester City have continued to dominate the headlines.

Even so, Sanchez took to Twitter to post a picture of himself looking happy in Arsenal gear on Thursday afternoon… 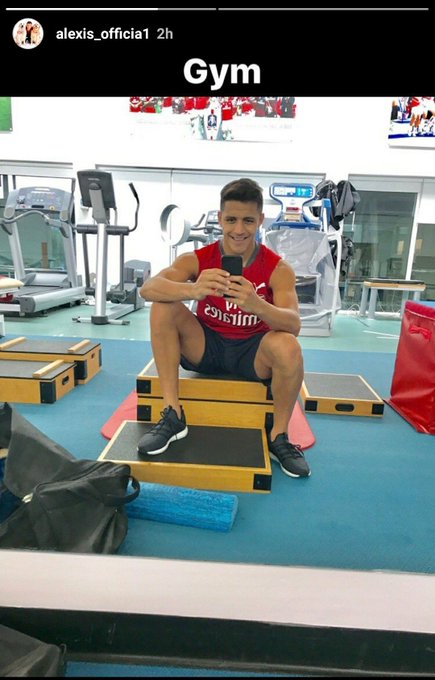