Arsene Wenger has received a new boost on the injury front ahead of the clash with CSKA Moscow in the Europa League on Thursday.

The Gunners managed to score three goals in the final 15 minutes of the game last weekend to secure a 3-0 victory over Stoke City and close the gap on Chelsea in the Premier League table.

With their hopes of finishing in the top four now gone, Arsenal’s priority is to win the Europa League this season and secure an automatic spot in the Champions League next year.

And ahead of the clash against CSKA Moscow, Laurent Koscielny, who had to be left out of the starting eleven which played on Sunday, has now made a return to training.

The France international has been troubled by injuries once again in recent weeks, handing Calum Chambers more playing time as a result.

Here was a snapshot of Koscielny back in training this week… 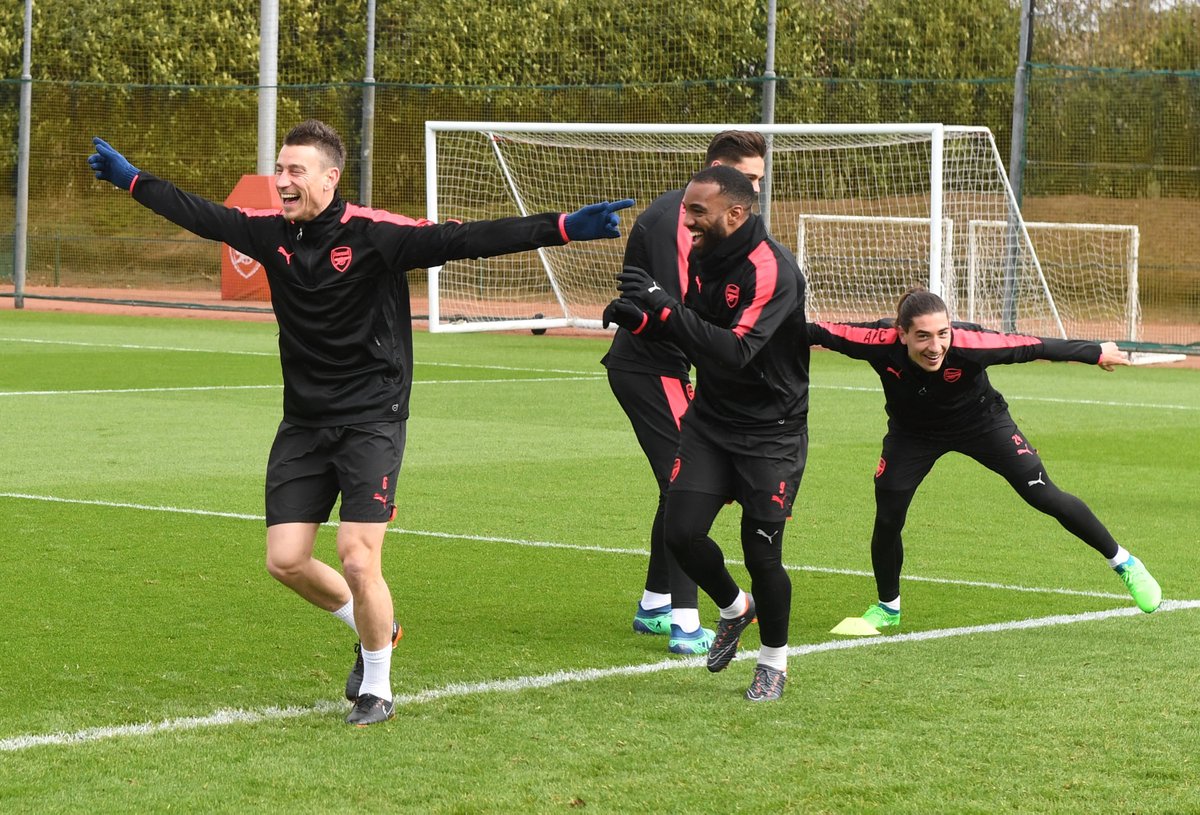