Picture: Massive boost as this key Arsenal star returns to training ahead of Sheffield Utd

Arsenal manager Unai Emery has been handed a major injury boost a week ahead of the clash with Sheffield United in the Premier League.

The Gunners have been in erratic form so far this season but it was certainly encouraging to see as the team defeated Bournemouth last Sunday to climb up to third place in the Premier League table before the international break.

Arsenal have been winning in recent weeks without the help of Alexandre Lacazette, who has been nursing an ankle injury, after last featuring in the 2-2 draw against Tottenham Hotspur back in September.

However, a week before the trip to Sheffield Untied after the international break, the Frenchman has been pictured in training with the first team for the first time since he was restricted to the sidelines by injury.

Below is a picture posted by Kieran Tierney on social media which shows a cheerful Lacazette back in training. 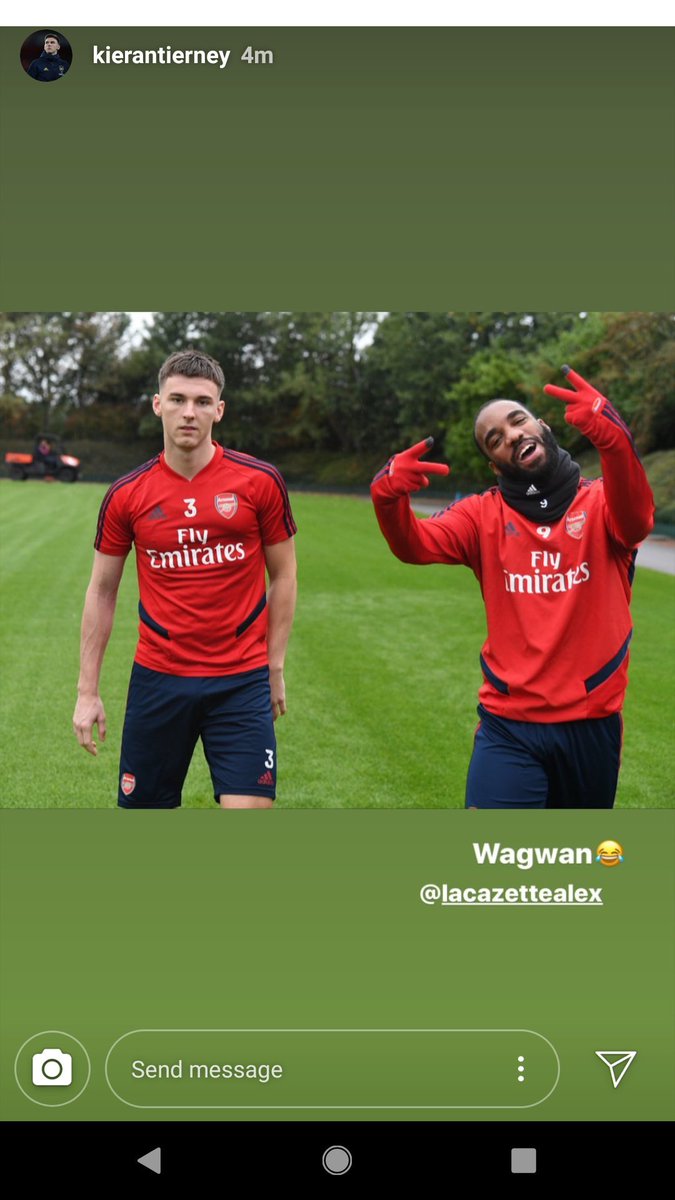