Picture: New Arsenal signing poses with Aubameyang and company ahead of Singapore tour

The Gunners’ new signings of the summer transfer window have been mingling with their new teammates ahead of the tour of Singapore.

Unai Emery will be hoping his side delivers the right performances in their upcoming matches as he continues to prepare for his first season as manager.

The Arsenal boss has done well so far to secure the signings of several new players as he looks to put together the best squad possible for his debut campaign.

One of those new recruits is Matteo Guendouzi, who agreed to move to the Emirates stadium from Lorient earlier this month.

The 19-year-old will have a brief opportunity to impress his new manager in the upcoming pre-season clashes.

Guendouzi has been getting to know his teammates as well, with the season less than a month away from starting. 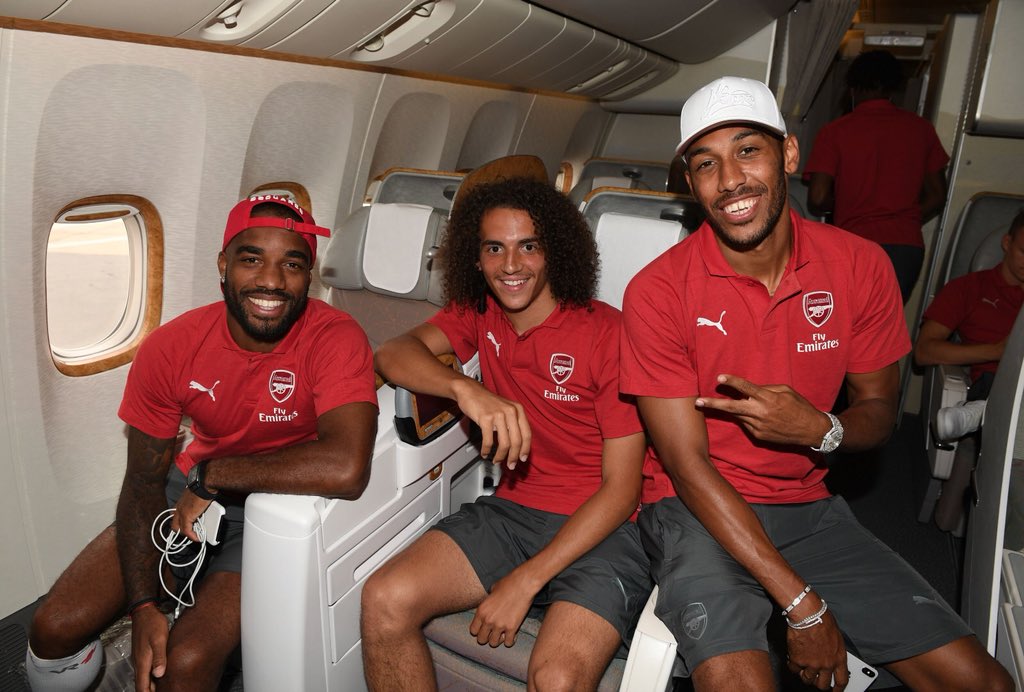