Arsene Wenger’s men are now wrapping up their preparations for the final get of the season on Sunday.

Arsenal did well to thrash Burnley 5-0 at home on Sunday in Arsene Wenger’s final game at the Emirates stadium as manager.

That loss meant that the Gunners are still in search of their first victory on the road in 2018 after an abysmal run in the second half of the campaign.

Involved in Saturday morning’s training session was Per Mertesacker who has rarely featured this season.

The veteran German defender, who moved to the Emirates stadium in the summer of 2011, is set to retire from football after this campaign. 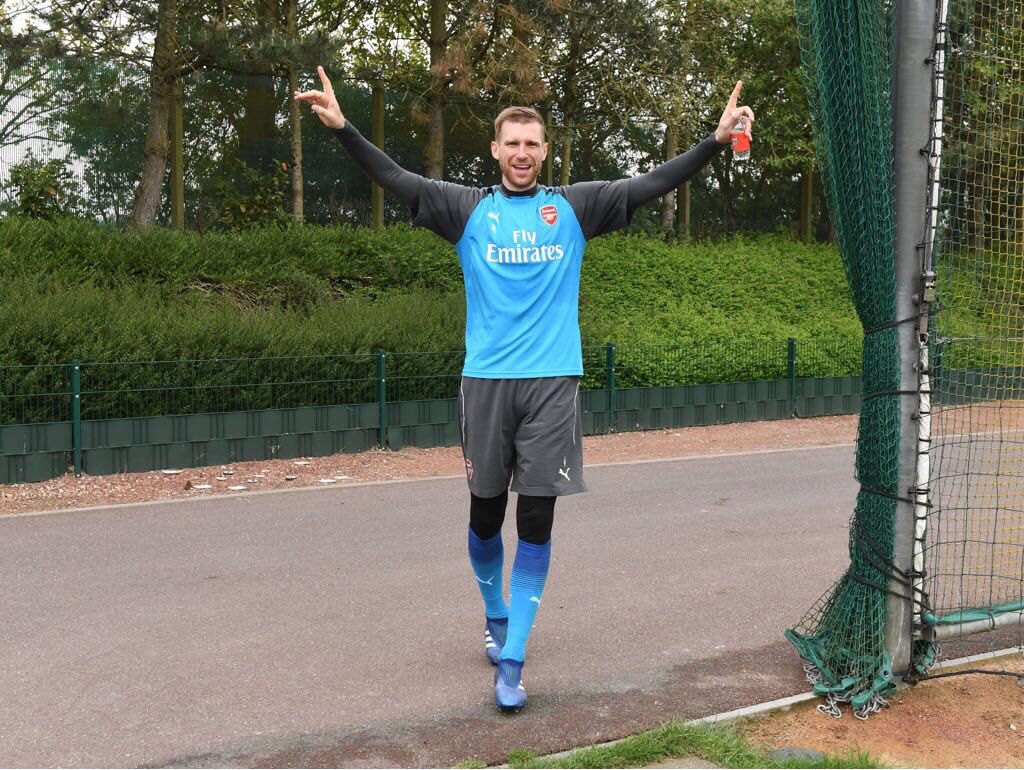 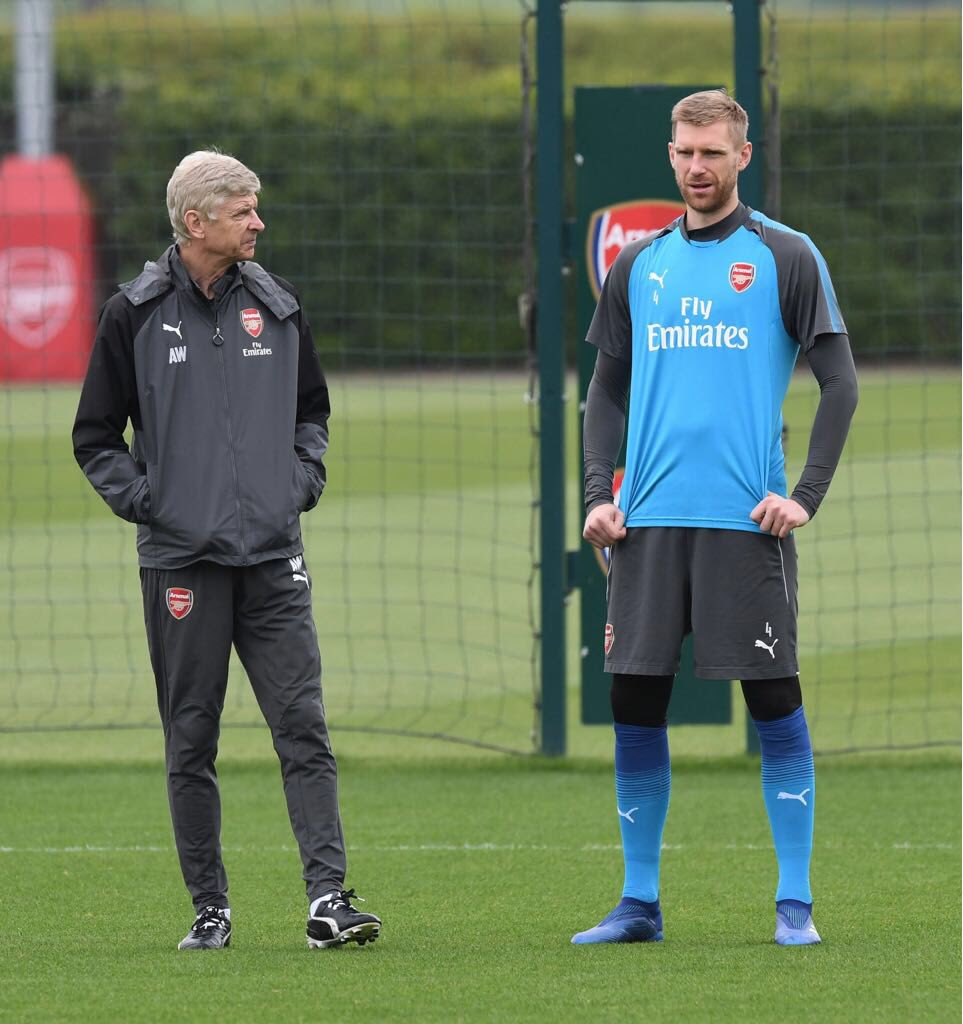