Terry will be last to discount Arsenal, Nick wants more?

Perhaps Arsenal’s doubters are not necessarily their rivals. Mathematically, it’s ridiculous to perceive that Arsenal’s title tilt is done and somehow, even logically, the Gunners’ hopes of being champions come May are not dead and buried…yet.

Chelsea skipper John Terry is very adamant about that theory, and so are we? Those aspirations were presumably derailed by a home loss that left Arsenal nine points and a gradually inflating goal difference to catch-up.

But Terry went on to acknowledge Arsenal’s resilience which, according to him, can maybe force the title race to go down to the wire at least.
“I still consider Arsenal a contender, you should never write off the big sides,” he said. “They have the players to do it and they will put a run together.

“We still have to play them at home and away and anything can happen. We have to make sure we pick up the six points against them in those two games. 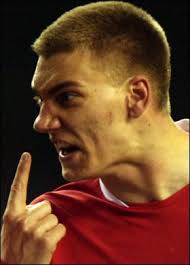 In other matters, Nicklas Bendtner – the biggest recipient of jeers from unimpressed Arsenal fans after a lethargic display against Aston Villa – feels even he has enough to be displeased about.

The Dane has had Arsene Wenger’s firm trust in note of a depleted squad in recent weeks – appearing as Arsenal’s main striker even though being constantly wasteful infront of goal.

And just like he did at a similar time last year, Bendtner has expressed frustrations of ‘limited’ first team opportunities – despite enjoying more starts than he did a year ago.

“So far this season I haven’t played as much as I would have liked. But I’m sure it will come and I’ll keep working hard in training.” Bendtner said.Most Arsenal fans who have pointed much criticism at Bendtner might agree Carlos Vela is the most forgivable to make such complaints. But even the Mexican sensation who only benefits to show his brilliance solely in Carling Cup full-times has kept his composure.