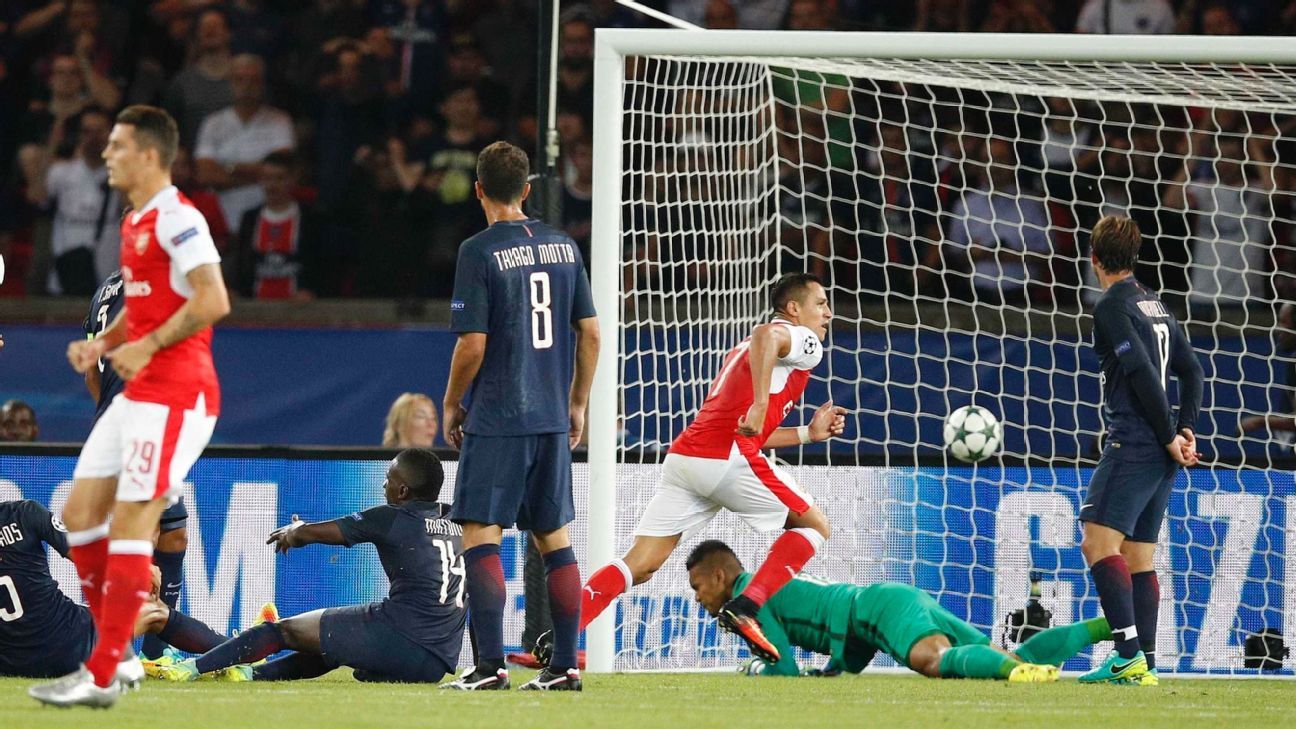 Arsenal are likely to face a weakened Paris Saint-Germain side in Wednesday’s Champions League affair.

The Gunners are set to welcome the French giants to the Emirates stadium, knowing victory will effectively secure a first place finish in Group A.

Arsenal are currently dealing with the absences of several key players including Santi Cazorla and Hector Bellerin.

However, PSG appear to have similar woes following the news that at least three first team players will miss the highly crucial match.

A recent court case means Serge Aurier, who was in terrorizing form at right-back when the two sides last met in September, is banned from entering the United Kingdom.

Thus, the Ivorian star will miss Wednesday’s clash and so could former Manchester United attacker Angel Di Maria who is struggling to recover from an injury.

“With regards to Di Maria he is going to training and he’s doubtful,” PSG manager Unai Emery said.

Key midfielders Javier Pastore and Adrien Rabiot have also stayed behind in Paris as they recover from injuries.