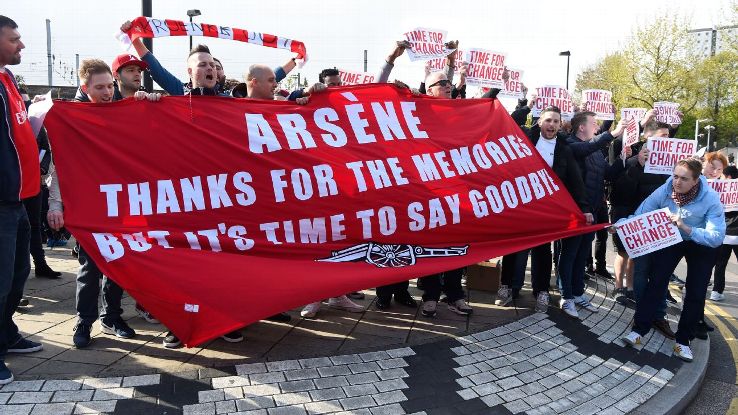 Arsene Wenger has spoken on the situation of several fans being frustrated after the team’s recent results in the Premier League.

The Gunners are currently 12 points behind league leaders Chelsea following back-to-back defeats which have seen them outscored at the Emirates stadium and at Stamford Bridge.

However, Wenger has called for fans to reduce the negativity and get behind the team.

“Our fans have been consistent and have a high level of expectation, as I have as well. But I don’t feel it is absolutely clear. You cannot be a fan until last Tuesday and not be a fan anymore and not be behind the team this Saturday, it doesn’t make sense.” the Arsenal manager said

“We fight with Man United, Man City, Liverpool – they have big expectations as well and big histories. We are in a fight there, we absolutely have to be united or we have no chance to do it.

“You have Tottenham, everyone is in the fight and everyone is behind their team. We have to do exactly the same, even if we had two disappointing results.

“I want the fans to be behind the team. But at the same time, I am not fool enough not to know that the first priority is us and our dynamic inside the team that will create and facilitate the support of our fans.

“That is down to the quality of our performance.”

« Wenger responds to Arsenal star’s negative comments about the team
Wenger welcomes key player back to training, set to be named in squad tomorrow »