Arsenal manager Mikel Arteta has named a fairly strong team for the massive semi-final first leg clash with Villarreal in the Europa League on Thursday evening.

The Gunners managed to see off Slavia Prague in the quarter-finals of the competition after recovering from a late scare at home in the first leg to thrash their Czech opponents on the road.

With Arsenal currently sitting well outside of the top six in the Premier League table following another underwhelming campaign, the Europa League now serves as the club’s most realistic path to European football next season.

As a result, Mikel Arteta has decided to name a fairly strong team for the clash with Villarreal tonight.

With Lacazette out while Aubameyang remains on the bench, the Gunner’s starting eleven in Spain is missing an out-and-out striker with the creative trio of Saka, Odegaard and Smith-Rowe playing behind winger Pepe, who has found goals not too hard to come by in this particular competition. 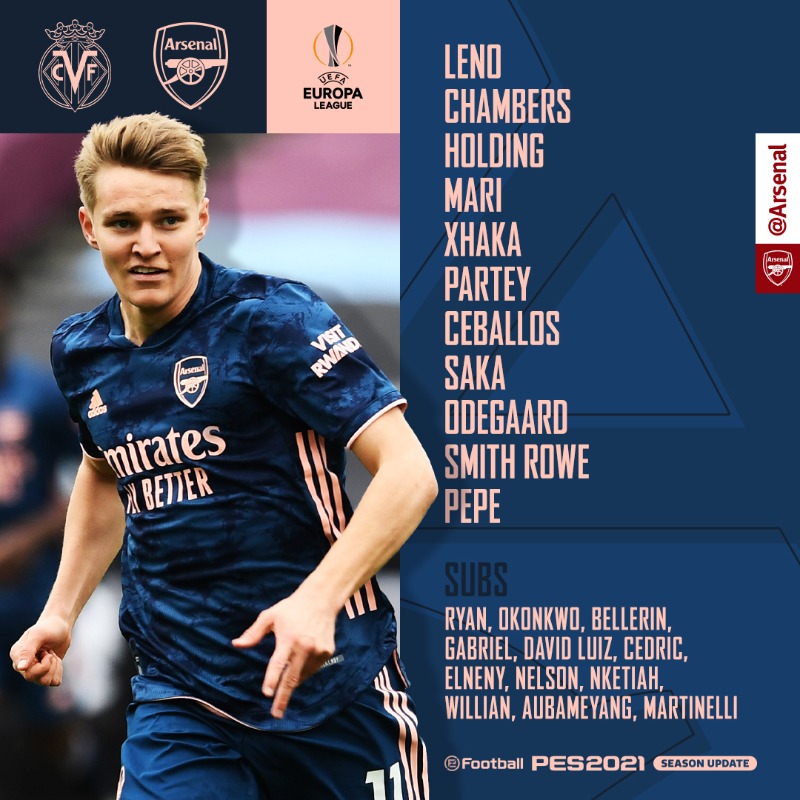