‘Dudu’ back in a week, ‘Sicky’ needs more time

Arsenal have received mixed news on the long-term injury front. There will be one remarkable return to football for Eduardo da Silva on December 16 when he lines up for the club’s reserves against Portsmouth.

“He will play on December 16 in the reserve team,” Wenger confirmed. 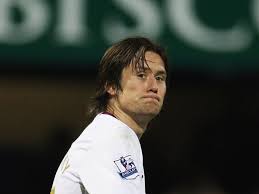 Coincidentally, the day after Eduardo plays his first game of return is when Rosicky – another man missing for absolute ages – will be welcomed back….but only at Arsenal’s fitness center.

Wenger has confirmed that the Czech international is recovering from surgery, but will need more rehabilitation with the club before playing professional football again in March. Actually, March could be a very early return for Rosicky, who is now likely to miss almost the entire campaign.

“He’s doing rehab at the moment,” said Wenger. “He’s back here on December 17 and then hopefully we can start to work with him. But it’s a long-term prospect – maybe March at the earliest.”