Arsenal manager Unai Emery has been given some positive news on the injury front with three of his injured players making smooth progress towards their return to fitness.

The new Arsenal boss has been troubled by injury problems so far in his first season at the club, a problem which his predecessor Arsene Wenger never managed to escape either.

So far this season, the likes of Danny Welbeck, Rob Holding and Hector Bellerin have all be stricken down by serious injury blows.

Welbeck is nursing a terrible ankle injury he suffered during a Europa League game earlier in the season while Holding and Bellerin are recovering from damage to ligaments in their knees.

But in a boost for Emery, all three of the injured trio have been able to join the squad for their trip to Dubai this week.

The speed of the trio’s recovery is very important for Emery, who will be hoping to have them fit and available for the start of next season (apart from possibly Welbeck whose contracts runs out this summer).

Below was a picture of the trio with the first team squad ahead of their Dubai trip. 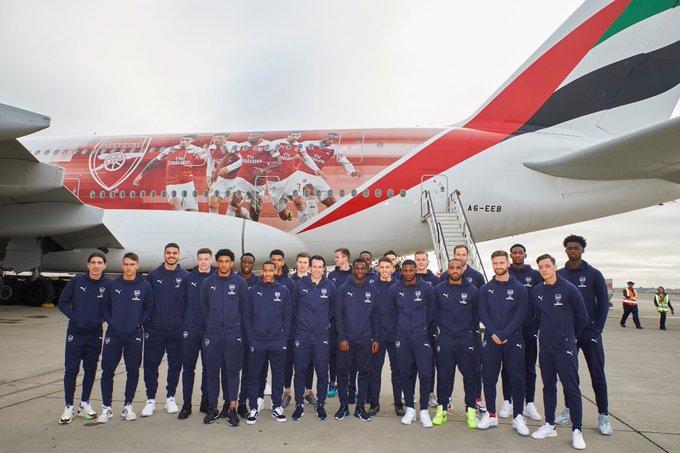 « Arsenal closing in on deal to sign striker after leading chase over several clubs
Picture: What Mesut Ozil has posted amid squad trip to Dubai »