And that, – Mikael Silvestre was announced today as Wenger’s latest signing, coming for a £750,000 handshake with Manchester United.

The 31-year-old moved to United from Inter Milan in 1999 and took part in the Red Devils’ legendary days but struggled to find a way into the first-team recently due to niggling injuries.
Mikael Silvestre is very familiar with Arsenal – the best he can remember is fiercely battling with the Gunners not too long ago when they and old club United were the main top dogs.

With his Old Trafford contract set to expire next season, Mikael had been linked with a move back to his native France, but has opted to stay in England. Moving on after making a total of 361 appearances for United, this is what the versatile defender had to say about his arrival at the Emirates.

“I’ve spent a large part of my career at United, the last nine years, and I’ll remember that time fondly but feel I’m ready for a new challenge.”

“Arsenal is known for playing technical and skilful football, and has a young but experienced squad. I’m really excited about this next stage of my career, hopefully playing my part in helping the Club to new successes.”

Arsène Wenger also had this to say: “We have a strong squad but a young squad and Mikael’s versatility, experience and calibre will provide the extra depth we need to reinforce our challenge for honours this season.

“His defensive adaptability will serve us well and it’s a big plus that Mikael has top level experience and a great understanding of football in the Premier League.”

Silvestre looks set to join the Arsenal squad immediately ahead of the league match at Fulham on Saturday, and will wear the number 18 shirt.

To see Silvestre’s last goal for United and a promise of his Arsenal future, click here 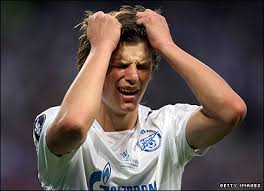 One old gossip that could not rest during and after Euro 2008 has resurrected – but not really to happen. Andrei Arshavin’s agent just can’t forget how close his client came to joining Arsenal. He has revealed it was Asrhavin’s “greed” that prevented the move.

“Wenger was serious about buying Arshavin,” said Lachter.“If Andrei could have tempered his financial appetite, it was quite possible he would be playing at the Emirates right now.

“Arsenal were prepared to pay about £15million for him.

“(Arsene) Wenger is indeed a cunning fox who always says one thing and does the other. He wanted Andrei, but Arsenal are the only top English club who do not pay large salaries”

« Adebayor makes commitment
Traore sent to Pompey for a year »