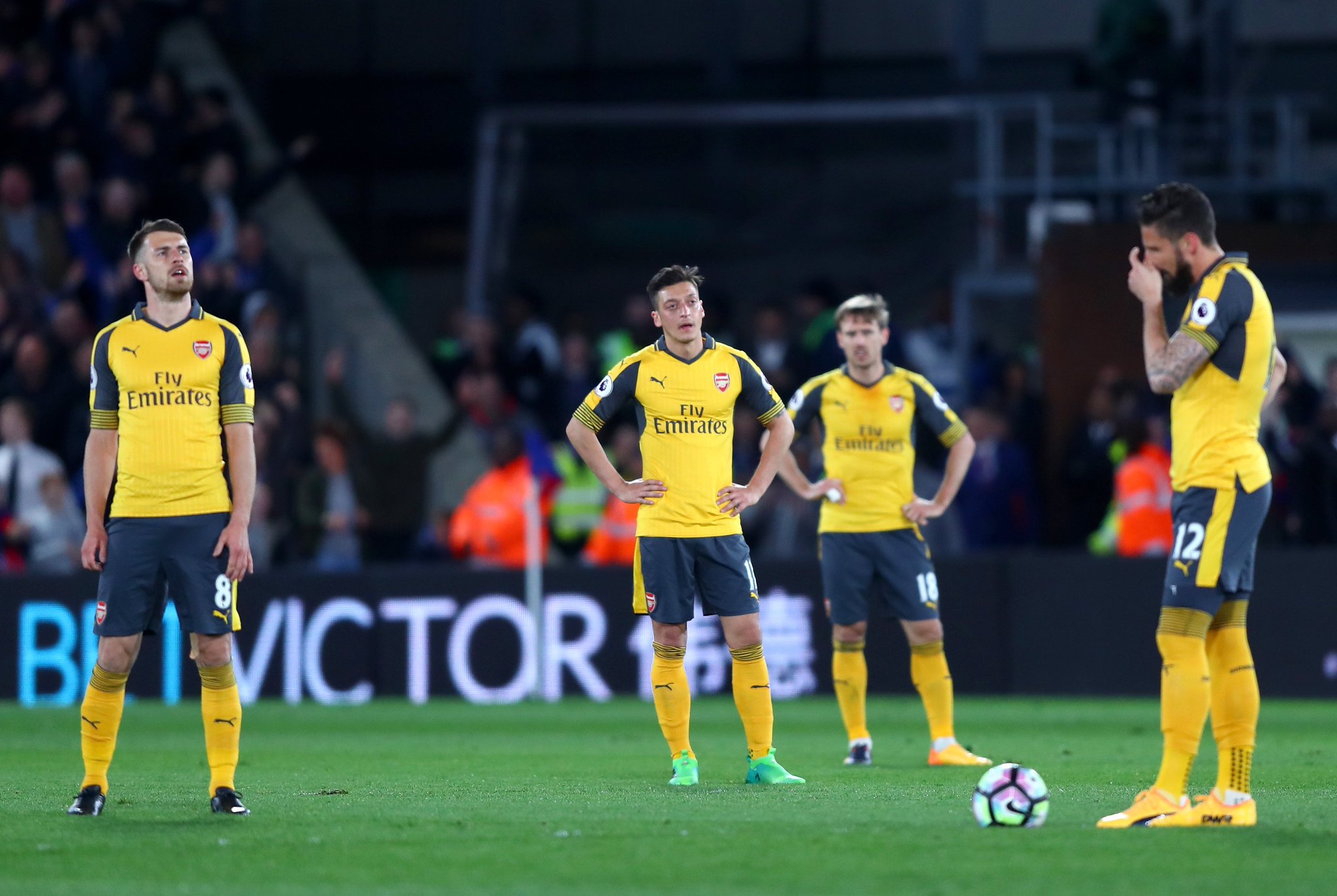 The amount of anger and animosity within the Arsenal faithful is reaching new levels following Monday night’s humiliation against Crystal Palace.

Arsene Wenger’s men suffered their fifth defeat in their last seven games in the Premier League as Sam Allardyce’s men eased towards a 3-0 victory.

Considering the Gunners’ underwhelming form in recent months, the result at Selhurst Park did not come as a huge surprise to many.

However, what was indeed surprising was the treatment the players received from some fans after game.

Never under Arsene Wenger’s reign has any group of Arsenal players been abused by their own fans as severely as they were on Monday night.

In a manner similar to how Real Madrid fans lash out at their players after big defeats, several Gooners gathered near the team bus and yelled insults at the players before they left the stadium.