Pictures: 29-year-old star joins Arsenal squad in training on Saturday ahead of Bournemouth

The Gunners are now finishing up their preparations for another important fixture against Eddie Howe’s Bournemouth in the Premier League on Sunday.

Arsene Wenger’s men have settled for draws in their last two games in the league against West Brom and Chelsea.

And coming up on the schedule is a clash against Bournemouth whom Arsenal almost lost to in this fixture last season after having to come back from 3-0 down to draw.

Involved in Saturday morning’s training session was Alexis Sanchez who has continued to be linked with a move to either Manchester City or Manchester United before the end of the January transfer window.

The 29-year-old has often been claimed to be a disruptive figure in the Arsenal dressing room but he continues to look like a man free of any worries in training. 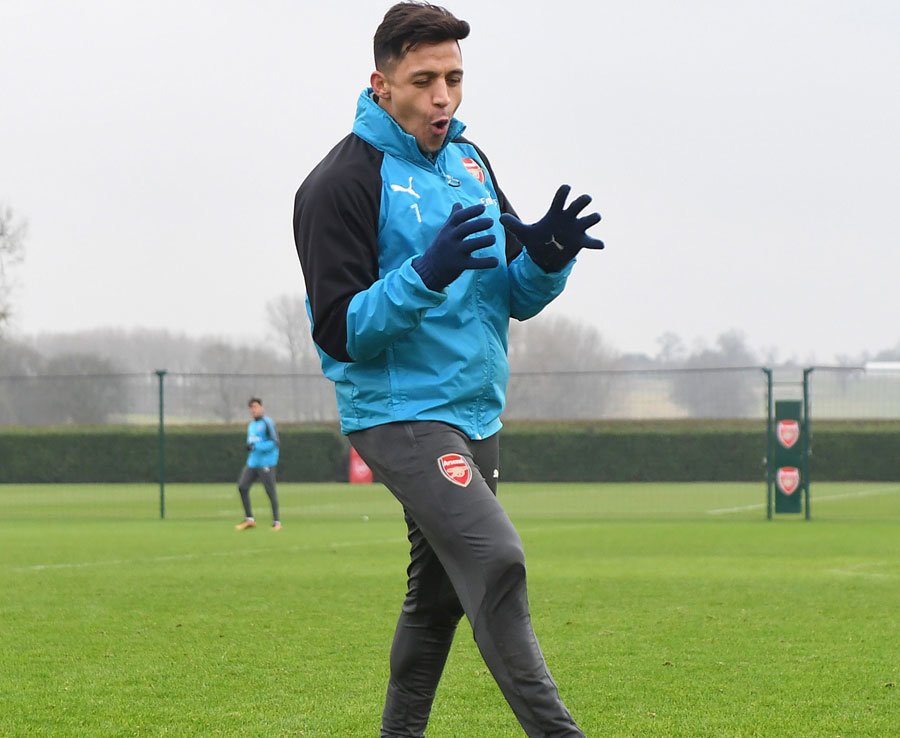 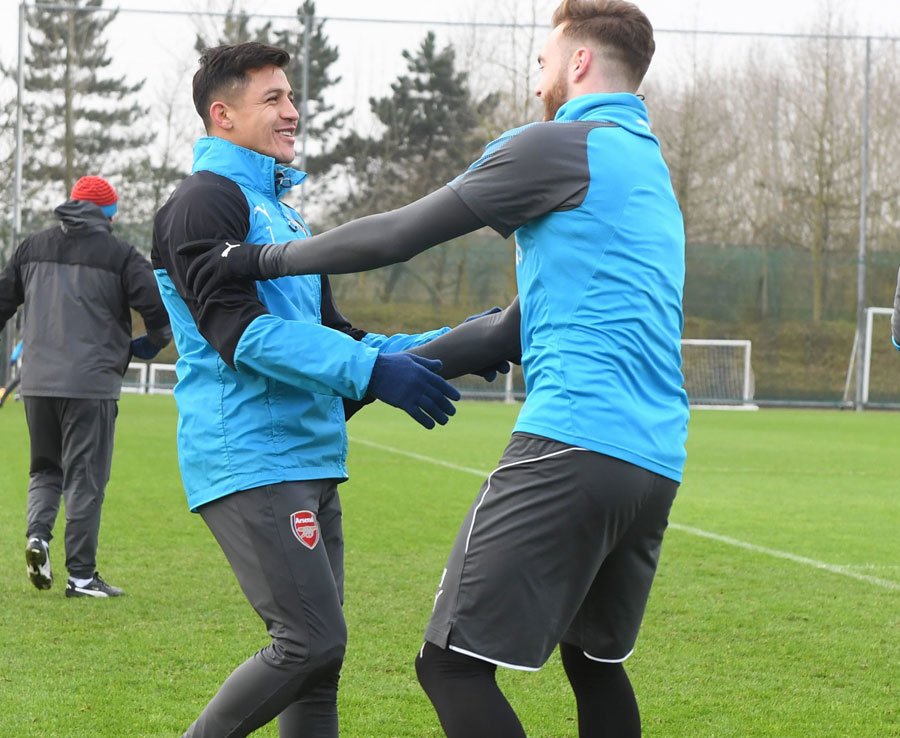 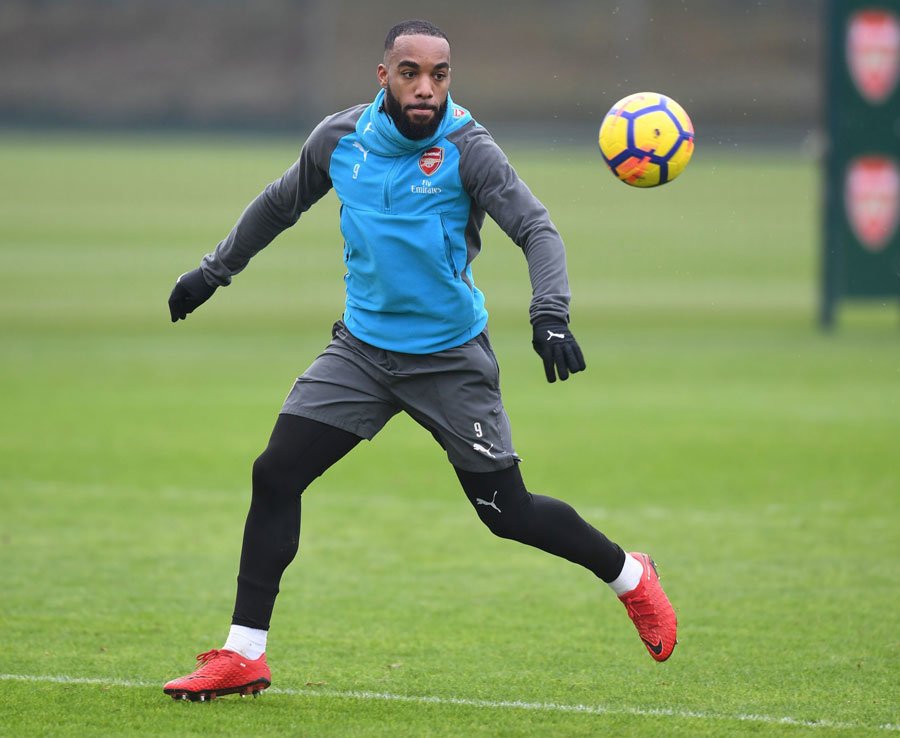 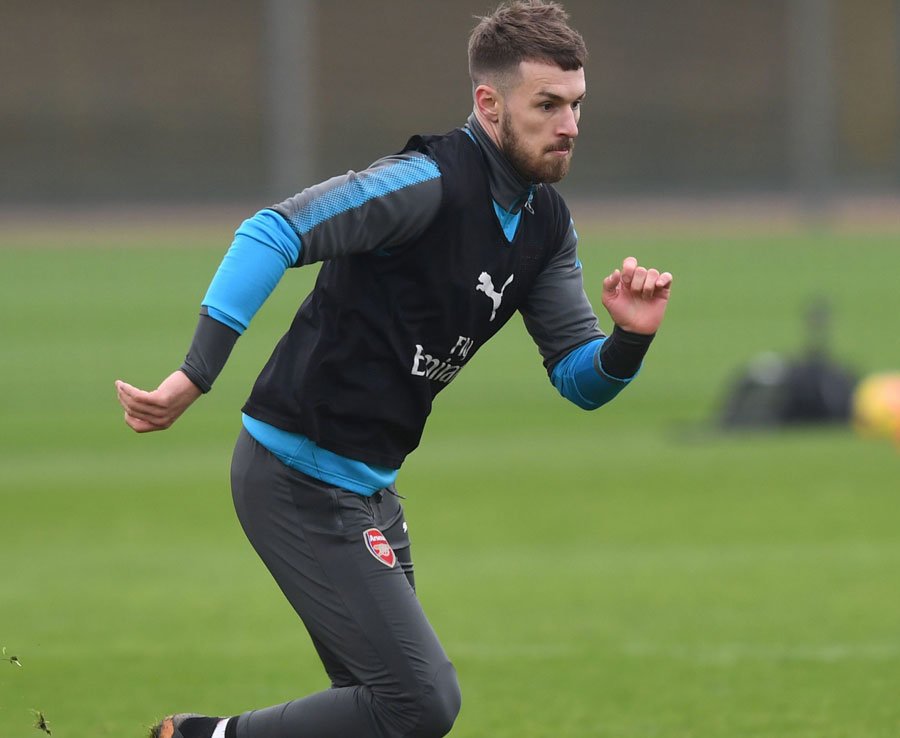